When I started to think about International Women’s Day my thoughts immediately turned to the women with whom I spend the most time. They are my best friends, my colleagues, and the smartest, most loyal people I know. Below, you’ll find three stories that introduce three members of my incredible tribe. They have all read and agreed to allow me to publish these tiny glimpses into their lives, and for that I am profoundly grateful.

Is it all in her head?

Her hands were swollen. Anyone could see it. They were bright red and her formerly thin fingers looked like sausages ready to burst.

She can’t take the lid off her son’s water bottle without pain shooting up her arm, she also can’t type, and she can’t wash her own hair without having to sit down afterward with her hands in splints. It’s arthritis — some sort of auto-immune version — and it’s something that we can see with our own eyes some of the time, but not all of the time.

The swelling goes away occasionally but the pain remains and that’s when the doubts creep in: “Is it really that bad? Is it mostly in my head? Am I imagining this?” she asks herself, wishing someone could jump into her body to feel what she’s feeling just to let her know that it’s real, and that she’s not making it up. She’s grown up being told that all the things she feels are figments of her imagination, or that she’s “oversensitive,” or a “hypochondriac.” Friends and physicians all tell her that she’d feel better if she lost weight, went to yoga, or meditated. Great advice, but none of it will help her fill her son’s water bottle.

at the breaking point

She’s limping. She took a puck to the back of the leg during the first hockey game of the season and now it’s swollen and bruised; when she puts any weight on it tears leak out her brilliant cornflower blue eyes. She is still standing, though, because she’s got kids to get to school and she’s got a deadline today and several back-to-back meetings. She’s got a desk job anyway, she tells herself, so she’ll be fine if she can just get these damn lunches packed.

She sends the kids off, sits down, and props up her foot. She leans over her keyboard and begins answering emails and taking meetings. There’s a bottle of Advil beside her. Her ankle has a heartbeat, but it’s bound to start feeling better soon, and if it doesn’t, she’ll take herself to the hospital — after she puts the kids to bed.

It’s broken. Her ankle is broken, and she’s treating it with elevation, ice packs and Advil because, let’s face it, she’s a woman, and she has hurt worse.

Soar (but not too high)

Her beautiful, athletic husband died four years ago. One moment they were laughing in the sunshine at an outdoor festival and the next moment he was hooked up to life support and she was saying goodbye. She has little memory of the days that followed. She remembers having a hard time going back to their house, the one they were just beginning to fill with memories. She remembers that some days she showered, but some days she didn’t. She remembers everyone telling her to “make sure you eat,” so she ordered a lot of pizza and watched it grow cold on the coffee table. She remembers watching a lot of television — shows with endless seasons that she could disappear into. Her blinds stayed closed for two weeks, leaving her house in a perpetual shade of sadness.

She gave herself a time limit because that’s the advice she gives her clients. “Feel the feelings, honour them, but don’t unpack,” she has been known to say, so when her time was up, she cleared away the pizza, opened the blinds and got dressed. She went back to work because people were counting on her. She plastered a smile on her face, and sometimes it was genuine. She laughed a little bit, and it didn’t hurt like she thought it might. She looked across at her clients and passed them tissues and shared her wisdom. She soared slowly from the charred bits of her shattered future. She shook her fist at fate as if to say, “you thought you could destroy me? Fuck you. Just watch how high I’ll climb.”

Her rise is so profound that most people look at her and forget about all that she has lost. They’re skeptical and resentful of her grace and ambition. She didn’t grieve enough, they think; she didn’t do it “right.” Those who love her see bravery. Those who don’t fear that her strength makes them appear weak. “How can she be so focused,” they ask one another. “She seems to be handling this well,” they murmur, inauthentically. She hears every whisper and brushes them away, but not before they leave their little cuts. 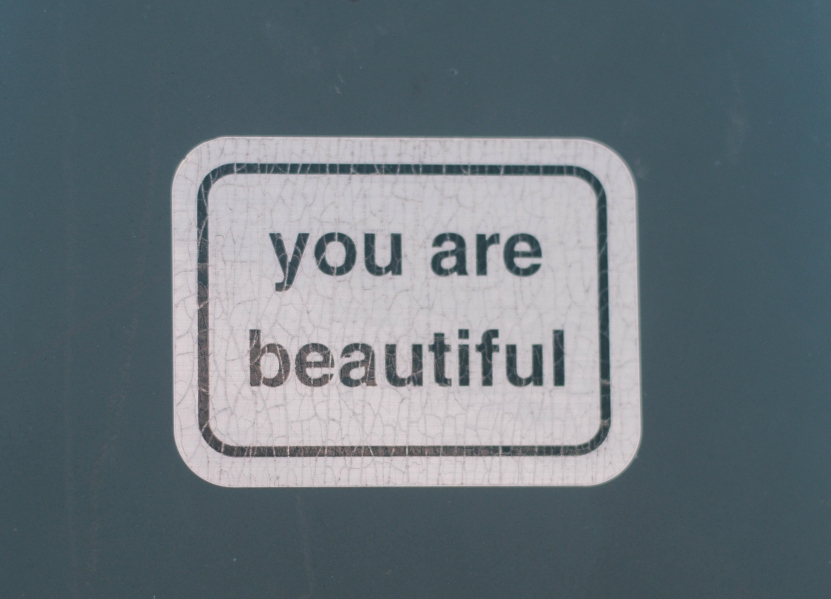 Compliments are hard to manage for a well-adjusted woman, and even at my most confident I’ve never known what to do with them. However, right now, right in the midst of heartbreak and transition, if you give me a compliment I will poke a million holes in it. I will deflect like a boss. Make no mistake — I want the compliment, I just don’t know how to handle it when it arrives.

Them: “You look so beautiful in your photos!”
Me: “The photographer was amazing, and the lighting would have made a block of cheese look like a supermodel. We sure timed that right!”

Example 2:
Them: “You have a real gift for writing, Danna.”
Me (via text to a friend): “How do I tell the difference between a pity, we-feel-sorry-for-you like, and a real like?”

(“Let’s face it,” sad me will say to myself, “if I were actually beautiful enough, then this probably wouldn’t be happening. If I were actually talented and funny and smart enough then I probably could have prevented my world from turning upside down.)

But there is, thank Christ, a time limit on being pathetic. I can enjoy the food and music (sour jujubes and Adelle mostly), but I can’t move in and unpack.

The antidote to being down in the dumps awash in self-pity, is, unsurprisingly, administered by women.

the gift of company

During my 42 years on this planet I’ve come to realize a universal truth  — the longer you live, the busier you become. I’ve heard life doesn’t even slow in retirement. Life, like skipping rope, just gets harder as you get older. And time for leisure becomes more scarce.

My own calendar is filled with work commitments, family commitments and other obligations, both in-person and virtual. There is never enough food in the fridge, the laundry is never done, and no matter how many times I walk the damn dog those big sad eyes will always be staring at me, begging for just one more trip around the ‘hood. I know I should go to bed earlier, but instead of sleeping I use the ever-shrinking time after the kids go to bed to tidy up, or to answer a couple of emails to get a head start on the next day.

There are always extra things to do. There is never extra time.

This is what life is like for all the women I know, but that hasn’t stopped them from showing up.

Despite the pressure put on these remarkable women to do everything and to be everything to everyone around them, they show up. These women are running businesses and raising families, but they pick up the phone and actually call. They give an hour, sometimes more, and fill up the silence that would otherwise eat me alive.

They arrive, and they give, and holy shit, what a compliment.

If I am enough for these women, then I am plenty. And even though you might not be able to hear it, or accept it, you, my friend, are pretty spectacular, too.